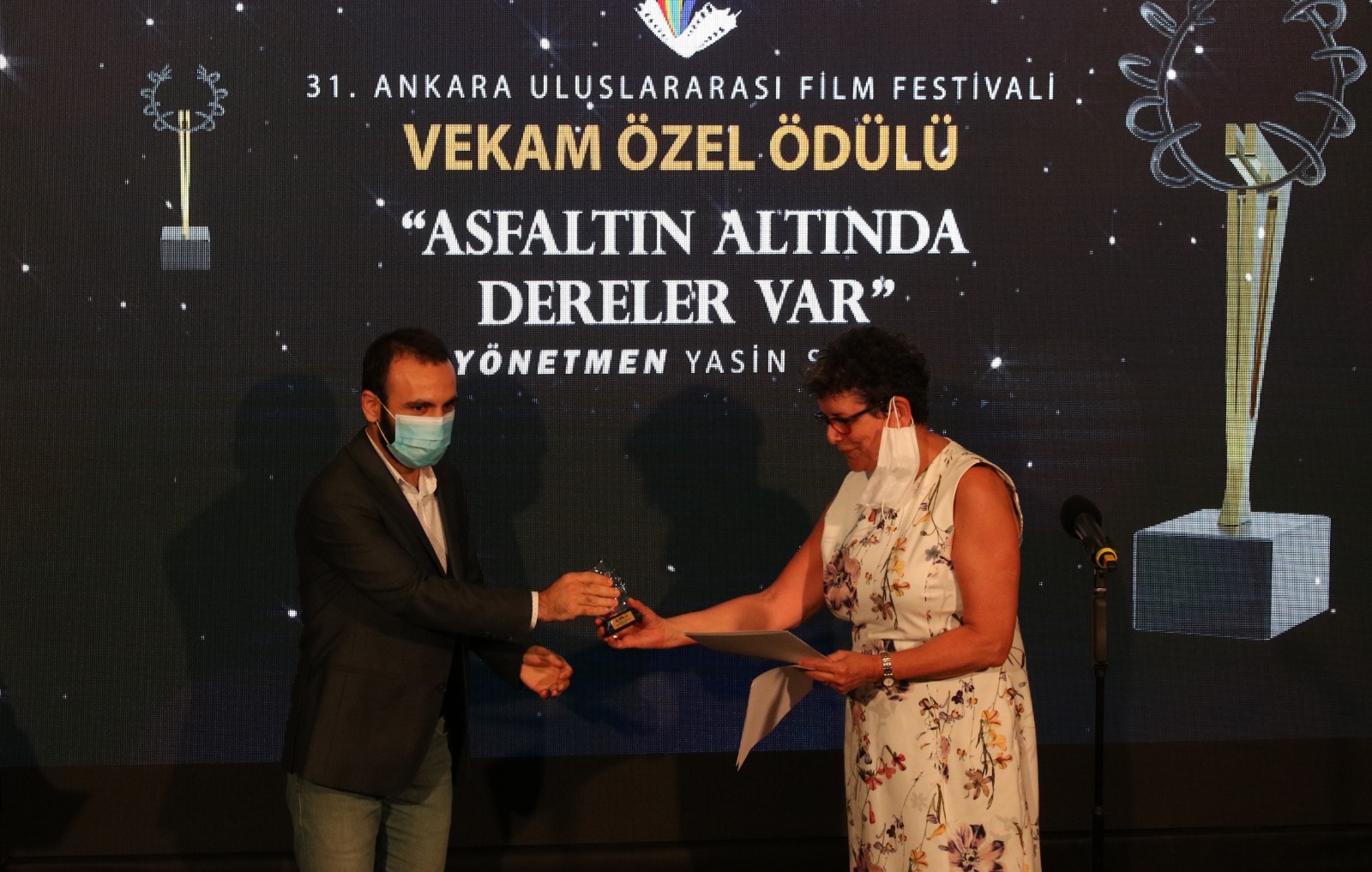 To support urban research by enriching the audio-visual memory on Ankara and its surroundings,  a new category specific to Ankara has been announced with a call titled Ankara is Waiting for its Story with the collaboration of Vehbi Koç Ankara Studies Research Center (VEKAM) and the Ankara International Film Festival Committee .

The documentary, “Asfaltın Altında Dereler Var!” intends to shed light on the lost streams of Ankara and the struggle to bring these lost streams back to light. Yasin Semiz announced as the winner of  VEKAM’s Special Award at the closing ceremony of the festival which was held on 10 September 2020.